What is dragon’s blood? What is it used for?

Dragon’s blood comes from the sangre de drago, a tree found in the Amazon rain forest, which can grow to a height of 90 feet. When the trunk of the tree is cut, it exudes a red, resinous sap, giving dragon’s blood its distinctive name. The resin is known throughout South America for its healing properties, and has slowly made its way into traditional Chinese medicine. 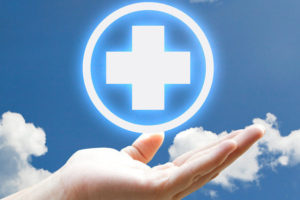 According to traditional Chinese medicine principles, dragon’s blood has sweet, salty and neutral properties, and is associated with the Heart and Liver meridians. Dragon’s blood is typically used to treat cuts, scrapes, abrasions, skin ulcers and insect bites. Dragon’s blood can be applied directly to skin, creating a sort of protective “second skin” that allows the underlying skin to regenerate without any additional risk of infection. It stops bleeding and helps the underlying skin to regenerate more rapidly. Other studies have shown that a compound in dragon blood can inhibit excess water flow to the intestines, helping to stop diarrhea. It is also used to treat vaginitis and yeast infections, and to stop hemorrhaging after childbirth.

How much dragon’s blood should I take?

What forms of dragon’s blood are available?

Dragon’s blood is typically available as an ointment, which can be applied to the skin, or a tincture. Some herbal shops may sell liquid resin, but it is difficult to obtain, and can be rather expensive. Dragon’s blood can also be steamed or heated into a solid resin, which is then pounded into a fine powder.

What can happen if I take too much dragon’s blood? Are there any interactions I should be aware of? What precautions should I take?

Dragon’s blood should not be used in the absence of signs of blood stagnation, and should be used with extreme caution by women who are pregnant or breastfeeding. As of this writing, there are no known drug interactions or side-effects associated with dragon’s blood. As always, make sure to consult with a licensed health care provider before taking dragon’s blood or any other herbal remedy or dietary supplement.